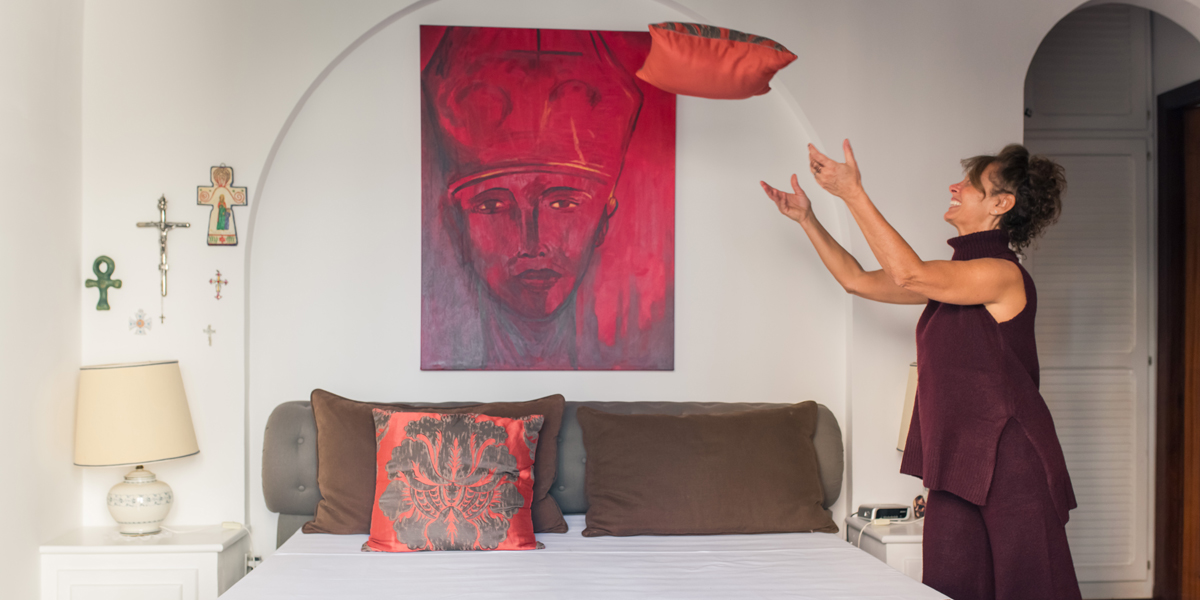 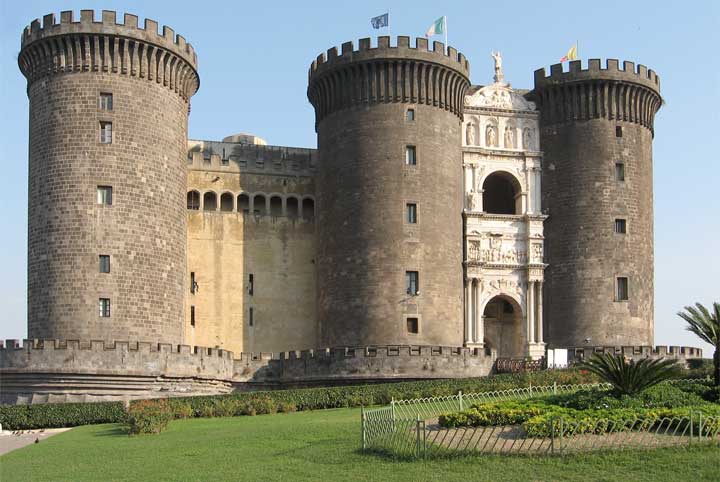 From Vomero, by cable railway or metro, it is very easy to reach the Old Town where you can admire churches, mansions and museums. A place of interest is the famous Piazza Plebiscito and the Basilica of Saint Francis of Paola, the magnificent Royal Palace and the San Carlo Theatre.
Not so far away, there is the well-known Via Toledo (also known as Via Roma) with banks, shops, the historic Umberto I Gallery with its vaults, the iron and glass dome, zodiac mosaics on the floors and café points inside. Walking not so much from the Gallery, you can visit Spaccanapoli Street, with its churches and San Gregorio Armeno: the famous street of Nativity figures artisans. 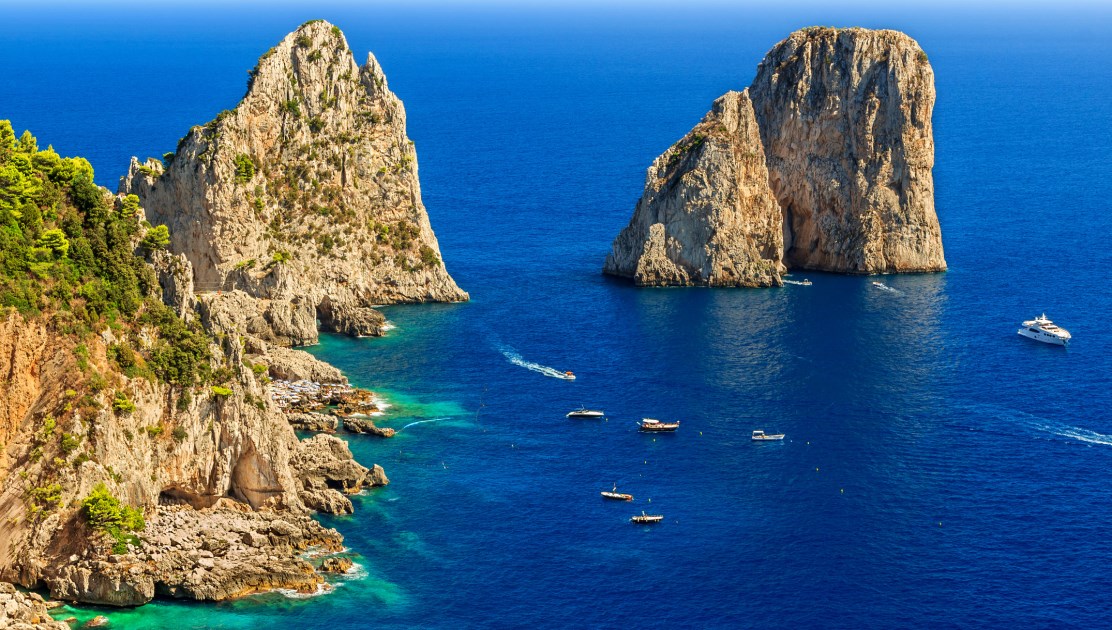 It represents one of the most visited venues by tourists from all over the world. The “Blue” Island (named like this too) has various mountains among which the one of Anacapri and Mount Solaro, the highest point of the island. From this latter point you would see a particularly deep sea, the jagged coastlines and full of caves and the most famous “Grotta Azzurra”. However, what inspires you the most are the well-known “Faraglioni” falling into the sea. Capri is a combination of nature, culture, worldliness. It is hard not to fall in love with this place. Capri is the chic place of the animated “piazzetta”, surroundings bars; but it is also quite and the island of the “quite” Anacapri.

It is the largest among the islands. It is a real little continent, with wide forests, pinewoods, hills and mountains among which there is Mount Epomeo. The island is full of mineral thermal waters seething along the beaches (Sorgeto). The beauty of landscapes, the magical atmosphere you can enjoy due to multiple views, the therapeutic properties made Ischia a place of dreams, the most wanted at international level. 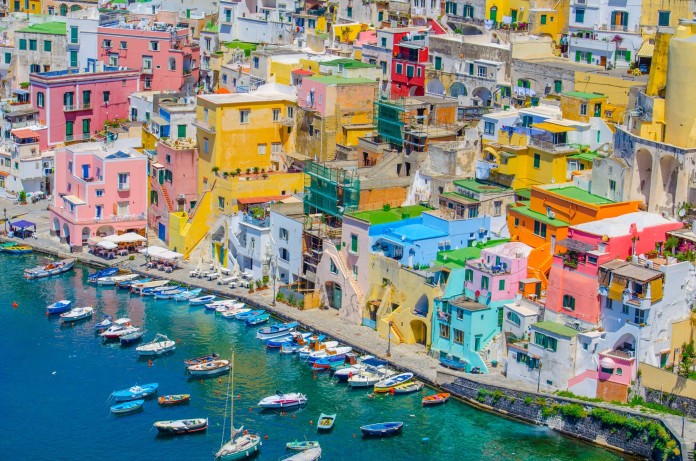 It is the smallest of the 3 islands and the closest to the mainland. Just close to Procida, there is another little island called Vivara: uninhabited and used as natural reserve. Visiting this island, you could see those images and tastes of past centuries hard to find in the other destinations. The silences of Vivara, the colors of Corricella, the little harbor of Chiaiolella seem lie undisturbed, without suffering the time who runs away. During the centuries, the island inspired a lot of authors and today it is known for at least 3 masterpieces: the novel “Graziella” of Alfonso de Lamartine, “The island of Artuno” of Elsa Morante; the movie “The Postman” of Massimo Troisi. 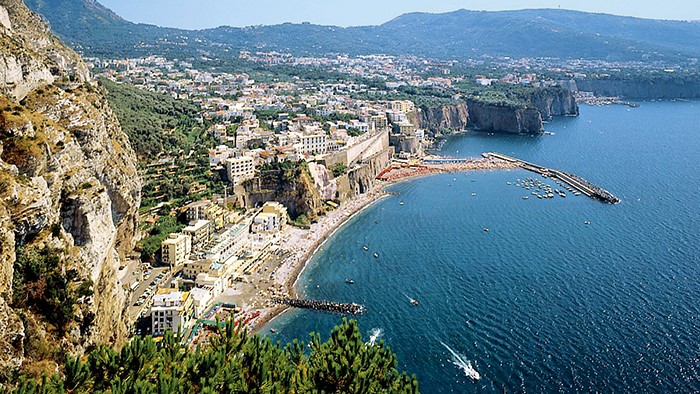 Castellammare di Stabia rises in front of the Neapolitan Gulf sea, close to the Sorrento peninsula. In few minutes, by the cable railway, you can reach the famous Mount Faito: an enormous terrace with a view standing between the see and the sky. Passing through the Mount Faito slopes, you reach Vico Equense and then Sorrento: the most beautiful location on the peninsula. This latter offers a sequence of wonderful images of gardens, flowers and cliffs falling into the sea. Here, you can taste the famous Sorrento lemon with its unmistakable smell by which the “Limoncello” drink is made. Before reaching Punta Campanella, you meet other 2 magical places of the Amalfi Coast: Amalfi and Positano. 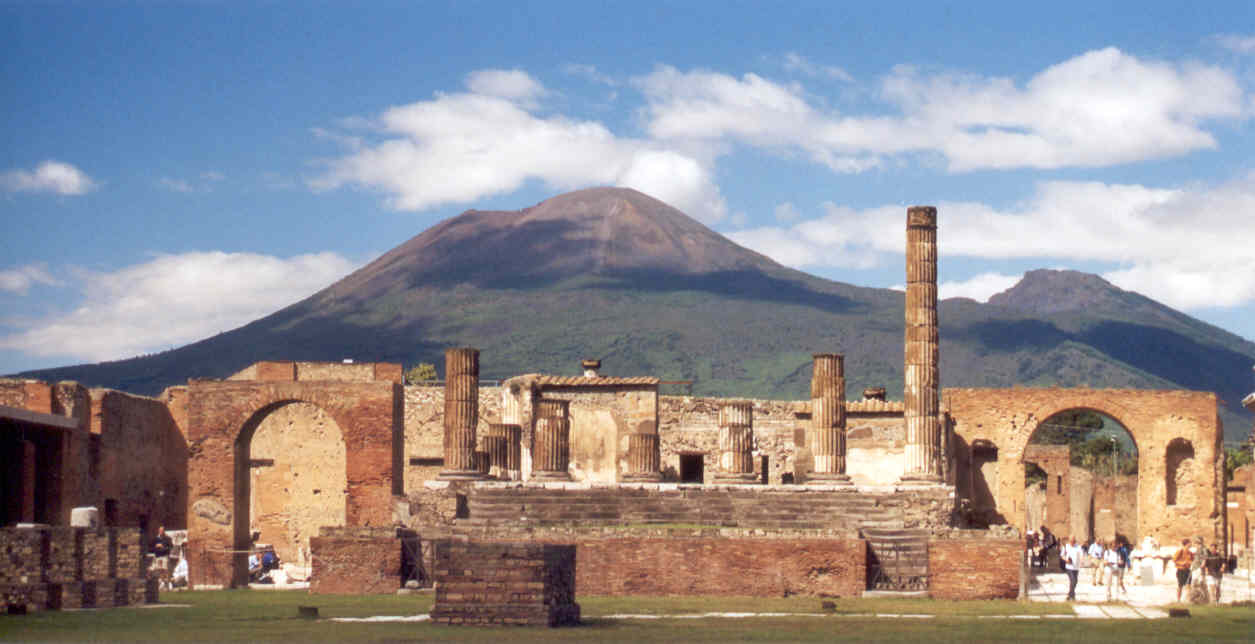 Pompeii is located at the foot of Vesuvio, developed around the famous sanctuary. Here, you can admire the excavations of the Roman Civilization. All signs of the catastrophic eruption which buried Pompeii and Hercolaneum under the ashes for 17 centuries are still visible. Among places of interest, we point out: the Forum with the Basilica, Diomede’s Villa and Apollo’s Temple.